And We Danced All Night To The Best Song Ever...

My apologies for my absence, the last few weeks have been hectic! I had a wonderful friend over from Quebec for a week, I had another friend who was back from camp for a week and wanted to see me and I went up to visit my Grandparents.

However, by far the most exciting thing was going to see One Direction and 5 Seconds of Summer down in Toronto. My cousin and I had been waiting since February to see them and the day finally came. It was incredible, probably one of the best nights of my life to date.

It wasn't just getting to see the biggest pop stars live, it wasn't just the music, it was the energy in the stadium. Everyone was so excited to be there, everyone knew the words to every song and everyone was having a blast. It was really cool to be a part of 56,000 people all there for the same thing you were.

Here was the stadium during Little Things. It was truly a beautiful sight, everyone with their lights, swaying to the time of the music. 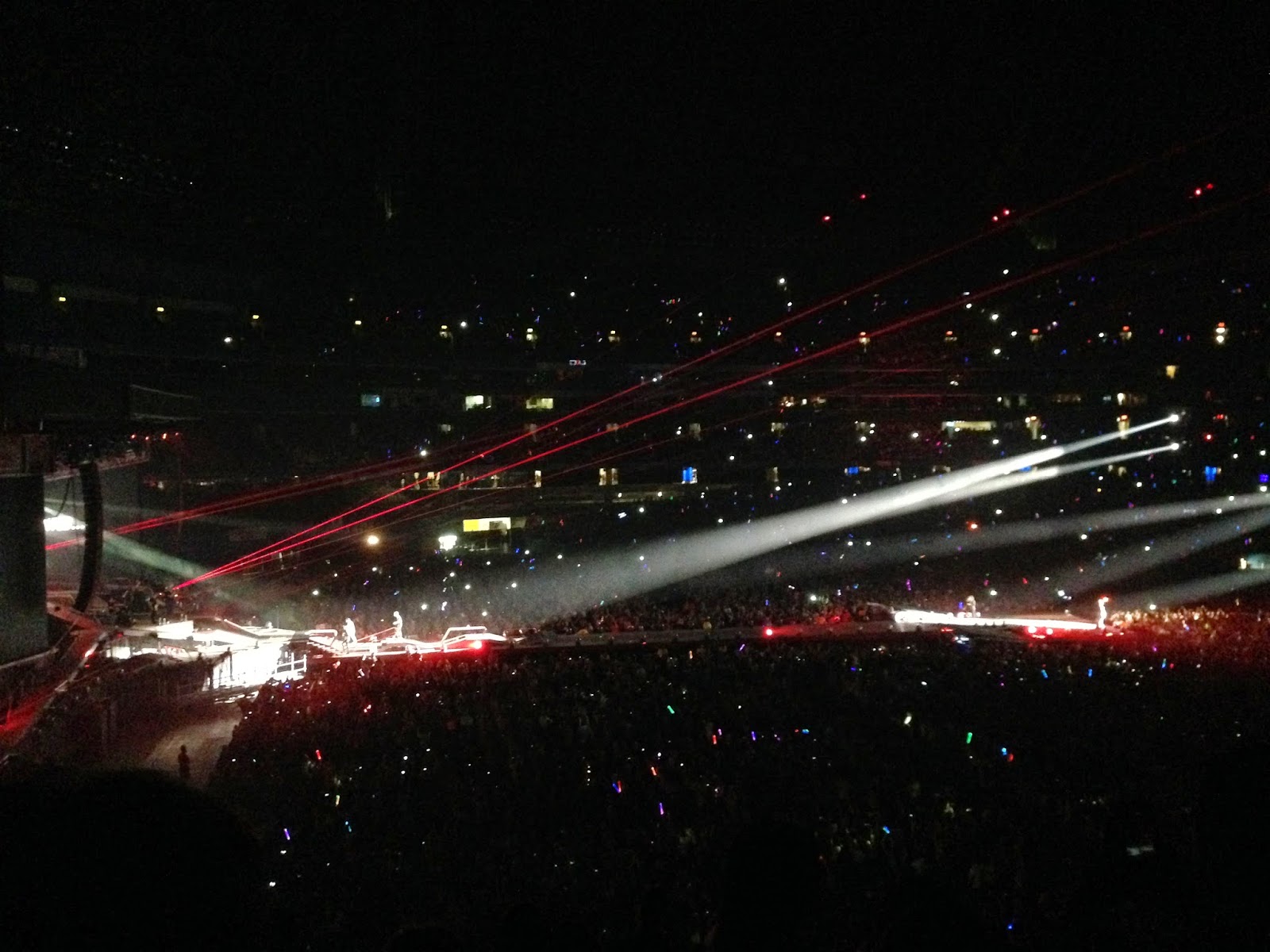 And here's the stadium with the lights during Best Song Ever.

I loved it! The boys all joked in between songs and interacted with fans. Harry stopped to sing one fan Happy Birthday. They all stopped at various times to thank everyone for their support. They would randomly burst into song.

Then there were these moments that made the entire place erupt in frantic screaming.


This is probably going to sounds horrible, but something that surprised me was how well they can actually sing. I mean, I have heard lots of crap about how they are poor singers, but they're quite extraordinary. I was really quite surprised; their harmonizing was on point, Zayn's high notes were strong, they all sang clearly and were in key.

I hope you all have been having a wonderful summer. I'm desperately trying to ignore the fact that school starts in a month. How can that be?! It seems like summer has just started. I'm not ready for school again! No, no, no, deep breath. I still have a month.