I was just nominated by Rhiannon from A Little Red Notebook for the Sunshine Award! Thanks Rhiannon. :) I went on google to find a "Sunshine Award" picture since there was none on her blog. 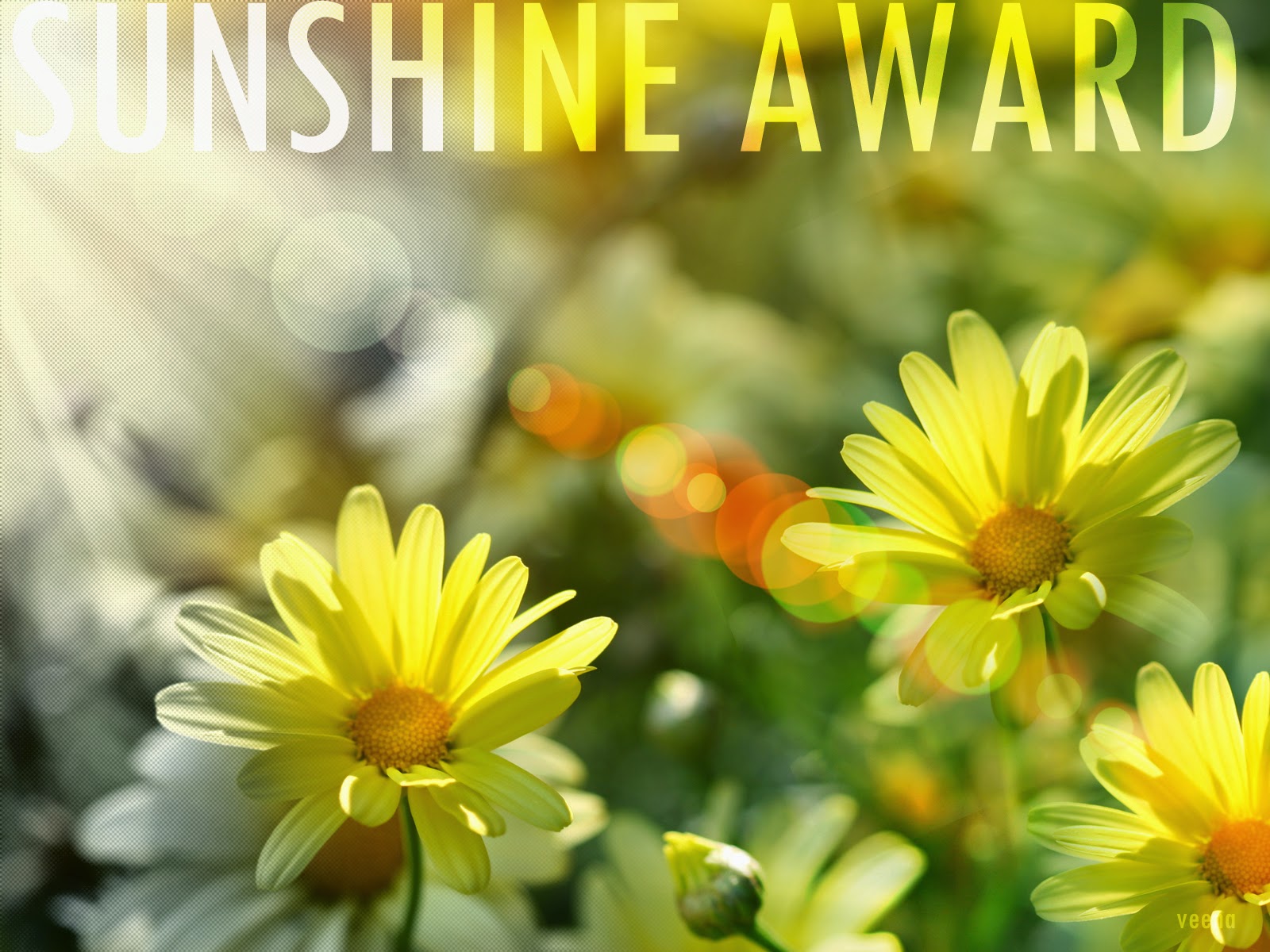 1. States 5 facts about yourself
2. Answer the 5 questions asked by the person who nominated you
3. Create 5 new questions and nominate more bloggers for the award.

1. I don't mind big groups of people but I prefer to spend time with just a few people at a time. I would choose five or six friends getting together over a party any day.
2. My favourite song is 'September' by Daughtry.
3. My first crush was on Disney's cartoon Robin Hood.
4. I have a memory box where I keep things from important or special times in my life; ticket stubs, photographs, programs from plays, old friendship bracelets that have snapped, etc.
5. Songs get stuck in my head so easily, it's not even funny.

1. What's the last book you read, and your thoughts on it?
The last book I read was 'Mockingjay' by Suzanne Collins. I'd read it before and recently picked it up at a used book store so I decided to give it a rereading. I quite like this book. I enjoy the political fight and the survival aspects to it. I know that Dystopian books with teen girls who have to save the world are fairly common and mainstream right now, but I actually really like them. I find Katniss a relatable character and I like that she's not... wimpy. However, I get very frustrated at the end of the book every time I read it because she ends up with the wrong guy!


Ooh, tough question, eep! I'm pretty sure that out of all my favourite quotes, this one's my favourite favourite.
"She will love deeply - she will suffer terribly - she will have glorious moments to compensate-" - Emily of New Moon
I feel like this sums me up in so many ways. I've had amazing moments that I still remember years later. I've gone through some awful periods of my life but I've had people who I've really, really loved who have helped me through.

3.  When are you at your happiest?
I had to think a bunch about this one and I think I've finally decided it's when I'm with close friend(s) and we're all happy. Recently, my friend and I visited my best friend at her summer camp where she works. I was fairly nervous that I was going to be the odd one with her group of friends but I actually had so much fun. I have one specific memory of seven of us sitting around a camp fire with guitars singing Disney songs and laughing as we all got the lyrics wrong. Moments like these, I don't think I could be happier.

4.  What is your party trick/unusual talent?
I don't really have a party trick or unusual talent, unless being able to find a song to fit any occasion counts. Oh! Actually, I know how to spell supercalifragilisticexpialidocious if that counts.

5.  Where do you see yourself in 10 years time?
Ideally I'd like to be married and maybe have a child. I'd like to be doing something I love career wise, most likely musically related. I would like to have lived in Tennessee for a period of time. Other than that, I really don't have a five year or ten year plan. I did, but then I had a concussion for six months and that kind of put things into perspective for me. I still have goals, but they aren't time stamped. You never know what's going to happen and I feel like it's best to hold things loosely.

My Nominees
Ali from Aliology
Andrea from Sempiternal Reader

My Questions
1. What ice cream flavour best describes you and why?
2. Spongebob or Scooby Doo?
3. (stealing Rhiannon's here) When are you at your happiest?
4. Gale, Peeta or Finnick? Why?
5. Biggest pet peeve?

On a sorta similar note, thank you guys for 20 followers! :D Whether you guys have been here since the beginning or you've just recently found and joined my little corner of the internet, thank you. You guys are amazing and beautiful and put a smile on my face.