It seems we just can't win.

I'm assuming that 99%, if not all, of my readers are fellow females. So from one girl to another I want to ask, does it seem to you that no matter how hard we try, we're always wrong?

I know everyone tells us to just be ourselves, don't try to fit society's standards, we were meant to stand out etc. etc. And I agree with this wholeheartedly.

But at the same point in time, there seems to be no "good" true to yourself.

Let me try and explain.

If a girl goes for a more natural look, she's "ugly" or a "hot mess".
If a girl puts effort into her appearance, she's "fake".

If a girl wears long dresses and covers herself, she's "frigid".
But if she wears shorts and a tank top, she's a "slut".

If a girl has standards, she's "Missy Goody Two Shoes".
If she doesn't have many, she's a "hoe".

If we're emotional, we are told to "suck it up" and to "stop being such a girl".
But if we then try and hide our emotions, we're "cold" and "robotic".

There is something very, very wrong with this. I don't know about you, but I'm sick of it. I'm sick of having whatever I do, be "wrong". I'm sick of being treated like somehow, I'm less than everybody else.

We're not less than everyone.

We're different but that, in no way, makes us less.

What's awful is that this name calling, this insulting, this judging, doesn't just come from guys. It comes from the other girls around us. Almost every girl I've talked to about this says that they've struggled with feeling like they aren't good enough, that they can't measure up, no matter what they do. Why, then, are we hurting each other? C'mon girls! We're all fighting this! We're all on the same side! Why do we have to put each other down? Why can't we all stand together rather than fight like it's every girl for themselves?

Now understand, I'm not trying to point a finger at anyone. Not guys, not girls. Instead, I want to point out the ridiculous amount pressure that is being put on girls by our society to be inexplicably perfect. It seems to be something that we've just accepted as being normal.

I don't remember where, but I saw something recently. One girl commented somewhere asking, "How can guys be so good looking without makeup?" That really brought this issue to my attention. Because somehow, we've decided that girls have to wear makeup to look good.

And within the past couple of weeks, I was out somewhere wearing leggings and a shirt, just walking into the grocery store and some guys drive by and shout out, "Nice ass!"

Let me tell you, I was this close to turning around and giving them a piece of my mind.

Another time when my cousin and I were down in Toronto, walking along one of the busy streets, a guy calls out, "What's a couple of pretty tarts like you doing walking by yourselves?"

It makes me sick.

I feel like I don't even count as a person.

Girls have somehow been turned into objects.

I really don't want to blame people, I don't want to become a crazy feminist who despises men. I don't want to become a hermit who avoids all contact with the outside world. I really, really want to change this. Cause I know I'm not the only one who deals with this and there have been girls who have  had to deal with situations much worse than me. But I can't do anything by myself. It has to be a group effort. We all have to come together to fight this image. 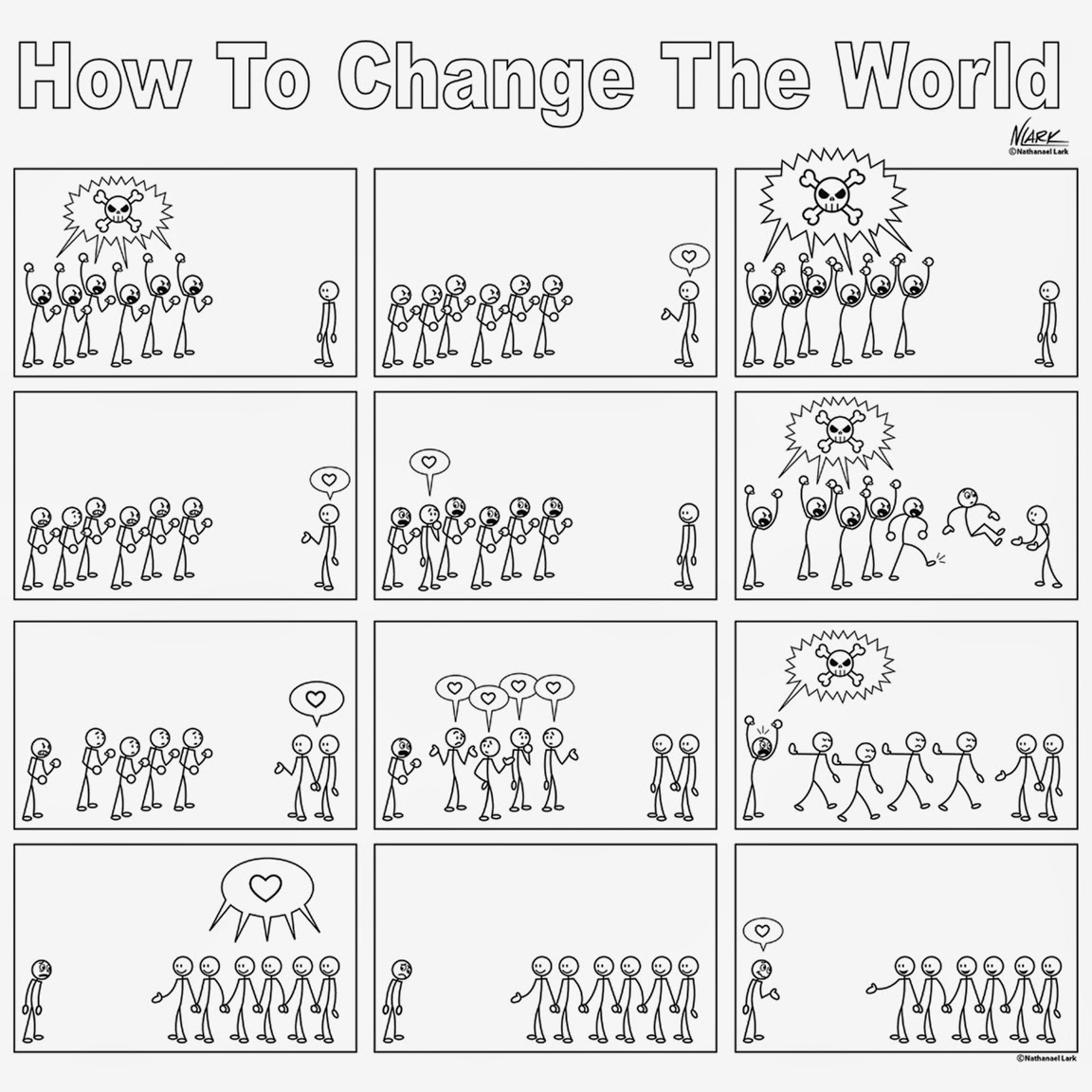