Long time, no see! Gotta love the craziness of the beginning of the school year. These last few weeks have just been hectic. I was sick with a nasty virus for a week, then I was in Belleville helping my mum help my Grandpa who's currently in the hospital. Then my songwriting class that I'm teaching started up. You get the gist.

I could write a completely random post right now, with tons of little stories of life and completely unrelated thoughts that would probably make no sense, but I decided to have pity on your brains and not confuse you to death. Go me!

Instead, I'm going to do a posting on the fall fair I went to just a little while back. And get this... they had a demolition derby. It was so cool and my brother may have been just a little bit scared of me. I may or may not have gotten really into it and started yelling at the drivers... oops.

So without further rambling, enjoy the pictures!


Kay, before you look at the next pictures, I just want to say that I have over 300 pictures of the demolition derby so y'all better appreciate that I narrowed it down to five. ;)


I only just now realized that you guys have never actually seen a picture of my face, haha. Here I am thinking, "Yeah, they all know what I look like," but you don't. Unless you're creepy and stalked me and somehow found my house and therefore know what I look like. Or you actually know me outside of the interweb. Do you guys want a picture of my face? I can call it...(dramatic pause)... "The Reveal" DUN DUN DUNNNNNNNN.

Oh and 5SOS fans out there, DERPCON?!??!! *Internally freaks out*

Quote of the Day

That's one of the great things about music. You can sing a song to 85,000 people and they'll sing it back for 85,000 different reasons. - Dave Grohl 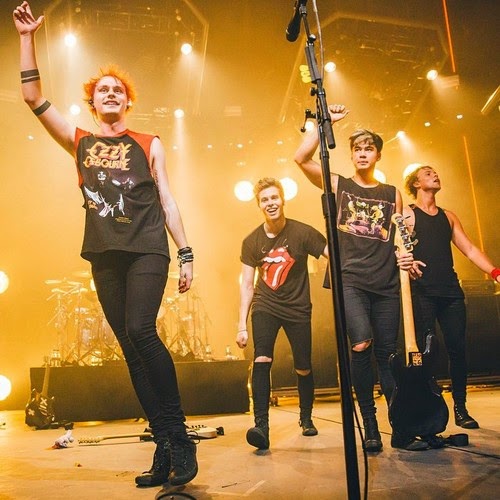