If you remember, a few posts ago, I talked about my genius realization that I should go into film, as I love writing and working with a camera. Well, shortly after I posted that post, I signed up for film camp in Toronto and two weeks ago, I actually went. Le gasp! Sarah interacting with other humans! Le gasp!

It was such an amazing experience. I typically find it really hard to be with other humans for an extended period of time as I get really tired, but at the end of these eight hour days, I left the group of twenty six feeling energized and inspired. I got to work with amazing people and amazing equipment and it completely confirmed the fact that I should go into film.

Every day we did one or two little films and then attended workshops with guest professionals (one was the writer and producer of Orphan Black, another had shot music videos with Drake and was scheduled to film a movie with Donald Sutherland, another had just finished directing and writing her first full length movie, you get the gist).

We were split up on the first day into groups and in our little groups, we were to come up with an idea for a short film, write a script and then shoot and edit it. This was my group's movie. I got to write and direct some of it and act in a bunch of it as the main girl. Just a warning, my acting is not great. In fact, it's pretty terrible. The funny thing about this camp was that everyone was so much more comfortable behind the camera, so no one really wanted to act. Therefore, I was stuck with the job. I am not an actor. Don't judge. But enjoy. Because I really enjoyed making it.

It was an amazing experience and definitely one of the high lights of my year.

A Look Inside My Room

Just over a year ago, I posted that I was re-doing my room and then I never posted pictures of my completed room! Which is really sad because I actually am very proud of the way it turned out. When she saw it for the first time, my sister said, "Wow, I didn't know rooms looked like that outside of Tumblr." Then my friend said, "I feel like I'm looking at a Pinterest board." So without further adieu, come take a little look inside my room.


Anywho, there you go. Hopefully you got a little big more of an insight into my very complicated mind.

Oh! And this is my 100th post. Go me for using words to write stuff.

Email ThisBlogThis!Share to TwitterShare to FacebookShare to Pinterest
Labels: DIY, Introducement to me 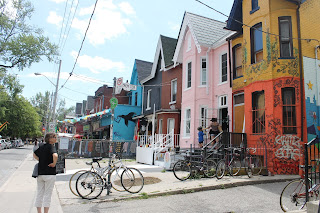 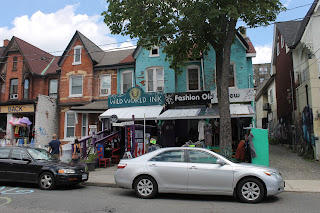 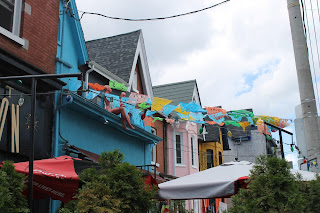 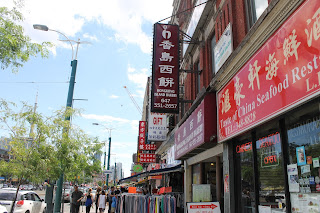 Can't You See That It's Just Raining?

Your rubber boots are a little tighter than you remember. They chafe your ankles as you tug them on over your jeans. You haven't worn them in at least a year. Maybe more.

The thunder booms outside and the percussion of the rain hits your window. The drops stream down the glass and your heart beats in excitement.

The open text books lie on the table, a half filled notebook beside them. You had an exam next monday. You didn't care. It was the first rainfall and you needed to get out.

Giggling as you throw open the door, you run outside, deliriously happy.

"What are you doing?" Your friend calls incredulously from inside the doorway. "It's pouring buckets! At least grab an umbrella."

No, not this time.

The rain falls like the notes of a melody on paper and you lift your face towards the grey sky and laugh. It's wonderful, the warm drops hitting you face, brushing through your hair.

"Come out and join me!" You call back to the house with a grin.

"Yes," you shout cheerfully, throwing you arms wide as if you embrace an old friend, "in the best way!"

"If I catch pneumonia and die, I'm coming to haunt you." And with that, reluctant footsteps can be heard squishing into the wet ground. Your friend squeals as she runs towards you. She shoves you and soon, you're both laughing. You feel six years old again.

You twirl with the drops, skip with the water, dance with the storm. And your heart feels free. And you realize how much you'd missed this. It's been so long since you danced in the rain.

(A/N: Funny story, this little blurb was actually inspired by the tweet by Marianas Trench which read "Rained like crazy in our home town last night. We needed that. Been so long since I've danced in the rain.")
Posted by Sarah at 7:00 PM 1 comment:

Top 5 Plot Twists in Once

I just finished all of the Once Upon a Time that has currently been released to date and I'm so flipping mad at how the season finale ended! You can't just leave people like that be and be like, "Ta ta! See you four months! Enjoy the stress." Anyways, I'm trying to remind myself that this show is pretty good at throwing all sort of things at you and they (usually) work out. And honestly, I do like the plot twists. They keep me on my feet. So! I've decided to do a countdown of the top five plot twists in the show so far.

Ooh, this was frustrating. Immensely so. Regina was finally going to get her happy ending with Robin Hood and be happy and good. Not only does Zelena completely mess with Robin and Regina, but she places a wedge between Regina and Emma who were finally starting to get along. I was trying to figure out how to kindly or heroically kill Marian off because she wasn't a bad person and the only reason I didn't like her was because she was married to Robin. And then we find out she isn't actually Marian and the real Marian is dead and I just want to rip her head off.  But, with all that frustration being expressed, I must admit, I didn't expect this whatsoever.

Okay, I will admit, I did figure this one out before it happened. It was really clever of them to place Lily in Emma's past and I love the way they managed to weave her character into Emma's present time. When we originally learned that Emma had been friends with Lily seasons ago, I really hoped that she would find Lily again to at least make up if not be friends. And then when Maleficent's egg got sent to our world and survived, at the same time Snow was pregnant with Emma, I was pretty sure the egg would be Lily.

3. Little Red is also the wolf.

Not the biggest of plot twists ever but so cool. I don't remember if I figured this one out before it was revealed, but I was definitely impressed with the cleverness of this one. I was sorry she had to kill Peter to find out she was the wolf (Peter and the Wolf, eh?? Should've seen that one coming...), but it made her character so much richer and so much more interesting. It also helped to explain Granny's brutish attitude.

2. Baelfire and Neal are the same person.

This one is only less cool than the first one by like a sliver of a fraction of an inch. I mean, it related everyone to each other and my mind was blown. I mean, we knew Neal was Henry's father. And we knew that Bae was Rumple's son. But for Neal and Bae to be the same person introduced a whole new level of "WHOAAA!" I think I figured this out as soon as we started seeing Neal running away from Emma in New York. So just a second before we actually saw who he was. And I'm sorry, but I will never ship Captain Swan nearly as much as I shipped SwanFire and nothing can convince me otherwise. Neal was just amazing.

Whoa. Just "PFFFFT". That's the sound of my brain exploding. I didn't figure out this plot twist ahead of time. In fact, it took me a few minutes after the episode to try and get it all straight in my head. I mean, the fear on Rumple's part suddenly made sense. And so did the weird familiarity Peter had with Rumple. It amazed me to no end and that's why it sits at the the top of this list as the coolest plot twist.
Posted by Sarah at 4:00 PM 1 comment: