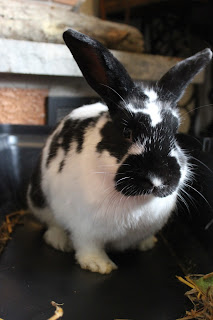 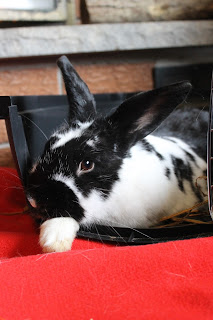 So, if you're like me and may or may not be part of the 5SOS fam, then you know that they may or may not have released a beautiful masterpiece a little while back. And if you're like me, you may or may not have sobbed and laughed and been ridiculously proud all at the same time. So! If after reading that description and you've decided that you ARE in fact like me, then stick around, because I'm about to dive head first into the Sounds Good Feels Good album. I'll list my favourites in the order they appear on the album.

This one seriously reminds me of the song "It's Five O'Clock Somewhere" by Alan Jackson. It's got the whole, "Screw what people say. I'm doing things my way and I'm taking a break" vibe going on. It's fun. It's peppy. It's upbeat. But it's definitely a step up from She Looks So Perfect.

In my humble opinion, I think the best part of this song is the chorus and the interlude. It's kind of sappy, I'm not going to lie, but I still like it. It's about needing someone's love and not wanting to make the same mistakes as last time by leaving them. Last time they wasted the night and they don't want to do that this time. The interlude is just pretty. I have no idea what they're saying, but it's pretty.

This one probably has the rockiest vibe on the album, even if it's not the heaviest. The lyrics do nothing for me really, I just love the beat, especially in the pre-chorus. The pre-chorus lyrics are pretty good too actually, so I retract my statement. They're about how someone left them with nothing but empty picture frames. It's got a vibe of another band, but I can't quite place it. Anyone have any ideas?

I could go on for ages about the beauty and pain in this song. And I'm pretty sure like many other people, it took me a few times before I could listen to it without breaking down and sobbing. It's about a girl who's grew up in a home where her parents were always fighting and screaming and she was dying. She's looking back on her time there and it still hurts. The chorus, ugh, the chorus. I'm tearing up as I think about it now. It's her talking directly to her parents. It saddens me to think about just how many people can relate to this song. Even if you aren't a 5SOS fan, listen to this song. It's really beautiful and real.

Yet another beautifully written song. Man, these guys really surprised me with the depth in their lyrics this time around. I mean, I knew they were good writers, but we went from them writing songs like Don't Stop, to this. This song is about not knowing who you are and being torn between your dreams. The chorus is, "Who am I? Who am I when don't know myself?" I don't know, it's a very relatable song, especially when you're having to choose between stuff that you love. And the violins at the end are just gorgeous.

Michael. Just Michael. He's on fire in this song and I'm so proud of him and he sounds so good. My Dad listened to this and said it reminded him of a band he listened to growing up, so that gives you an idea of the vibe. It's really cool. It's totally different than anything they'd written before. It's a very lyrical song. In a weird way, it kind of reminds me of Mary Poppins? I don't know. Just listen to the song.

What were your favourites??

This post is about a month overdue and the truth is, I completely forgot about it. I was scrolling through my photo library, looking through the photos from the past month and realized that I had a whole bunch of photos from Thanksgiving weekend that I'd never posted!

Back in July, my family and I bought tickets to see Marianas Trench at Norfolk County Fair. Closer to the date, we thought, "Why don't we just spend the weekend up there?" Let me tell you, it was really fun to tell people who were having dinner with their families for Thanksgiving that I was going to see one of my favourite bands and spending the weekend in Norfolk. It made me feel like I was part of the dangerous, rock band loving family. Oh shush, let me live happily in my delusion. My family is totally dangerous and rock band loving. ;) Anyways, I didn't actually get to take any good pictures of Marianas Trench because I wasn't allowed to bring my good camera in, but I'll give you a crappy iPhone picture, just so I can say that I was there.


So it's been a while, a decently long while. I'd say it won't happen again, but let's be real, it probably will. If you're still here and reading this, hello friends! If not, I hope you're enjoying your life wherever you are.

Back in September (so long ago, le gasp!), my sister Victoria, my Dad and I all went up to Massasauga Park to go canoeing and spend the day up there. It started off being a rainy, kind of gross day, but it ended up be being really pretty. Have some pictures.