Last Saturday, I had the amazing privilege of seeing Ed Sheeran live, in person, in 3-D, in all of his talentedness. I will try to convey the amazingness in words, but I am sure that I won't do it justice.

My friend from Quebec, Kara (if you're reading this, hi Kara!), came down the night before so we could go to the concert together.

After driving halfway, getting on the subway, getting on a bus and then getting on the subway again, we finally reached the Air Canada Centre. We got inside, found our seats and began freaking out at how extremely close we were, only to have a security guard come over and tell us that our tickets were frauds. Yeah, we'd accidentally bought fraudulent tickets. You can imagine our horror and panic. But, maybe because the arena is used to this sort of thing, or maybe because we were all so pretty, or maybe because I live in Canada, they let us stay. We had to move about eight seats to the left in a section directly beside the stage. The view wasn't quite as good, but we were all just relieved we weren't going to be kicked out.

And then Ed Sheeran came on the stage and all our worries about tickets went out the window. He was so amazing. With one guitar, two microphones and a loop pedal, he could sound like an entire band. Not only was he an amazing singer and guitar player, but to have the creative instincts to be able to layer and loop and build up all the momentum? That's insane talent right there.

Here's some of the pictures I managed to get throughout the show. I'm really proud of the way they turned out! 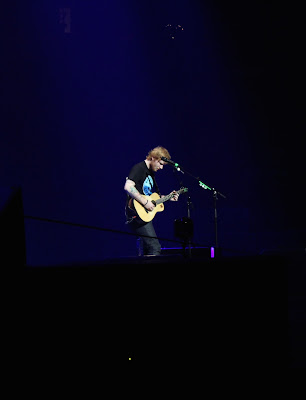 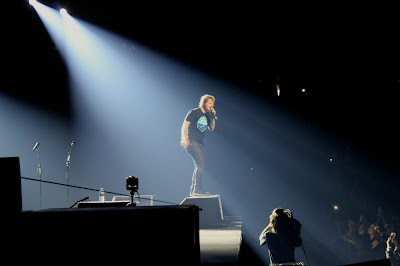 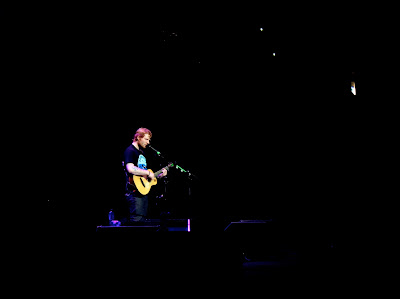 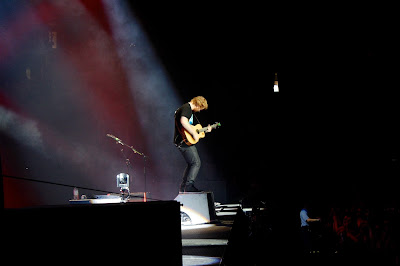 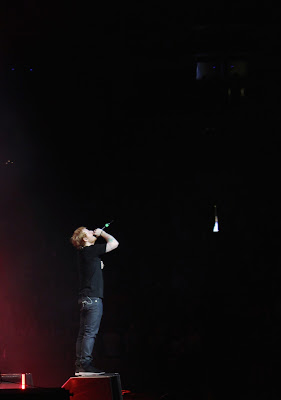 And here's just a little taste of his incredible voice. Please excuse the girl directly behind me, she sang along for parts of it. :P But seriously. just listen to this; it's amazing. Even if you just listen to the first 30 seconds.

It was an amazing concert. If you ever have the chance to see him live, take it. It will be one of the best nights of your life.

(And as you can see, I've done a bit of blog renovating. I originally put up the boat picture, but then I saw this one and couldn't help myself. It's just so cute!)
Posted by Sarah at 2:12 PM